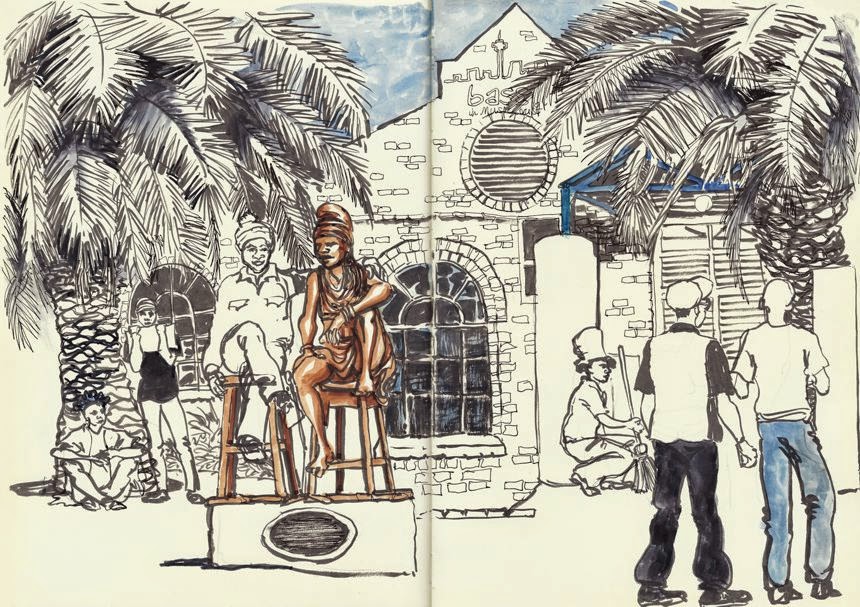 Our group met in Newtown for our regular First Friday date and decided to walk over to The Bassline, a live music venue which has hosted concerts for almost every major South African musician for the last 15 years. A bronze statue of late music legend Brenda Fassie (affectionately known as MaBrrr) gazes over the square, with a hospitable chair next to her for anyone who wants to pose for a photo, or in this case, a sketch. Wisdom was a willing volunteer who went and sat for us as soon as he saw what we were doing, and was very insistent that I noted down his name for posterity. 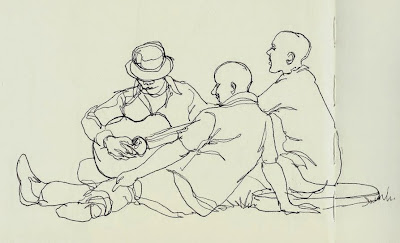 There was a lot of activity in front of the club - a tall-hatted cleaner and a series of people who gathered and hung around until a shady looking character arrived, did some exchanges with each of them and disappeared until the next lot. I didn't investigate further, and tried not to make any eye contact! 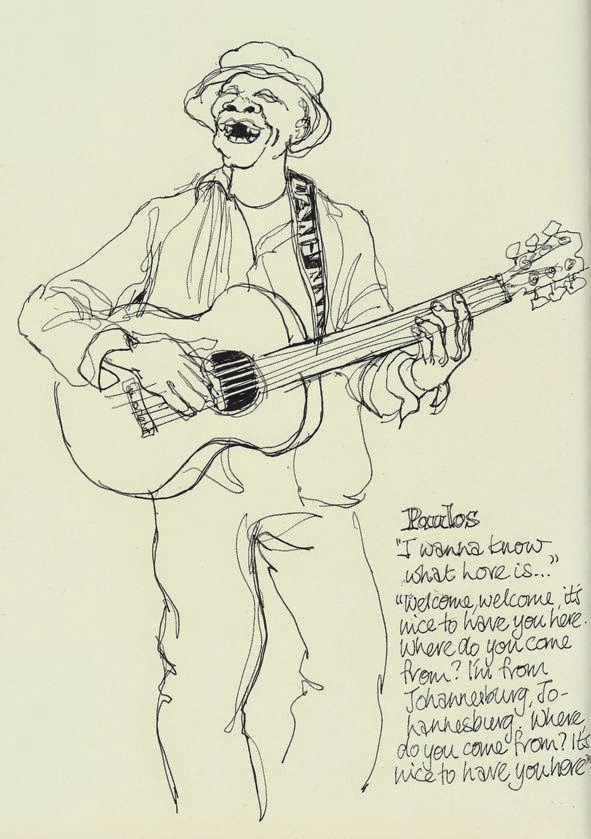 I started drawing some men sitting on the lawn in the square while the others finished, when the man with the guitar, Paulos, spotted me drawing him (he had also tried to pose on MaBrr's chair earlier, but too late for my sketch). He leapt up and came and stood right in front of me, launching joyfully and without restraint into a loud crackly version of "I wanna know what love is", and then, when I said I hadn't finished him yet, into a sort of rap conversation with Wisdom adding a background chorus "Johannesburg, Johannesburg"... Not sure if we were supposed to reply in kind, but it was very funny, and fun. I hope we lightened his day as much as he did ours!
Posted by Cathy Gatland at 4:53 PM

Cathy, wonderful sketches! I love them all!!
Best wishes, Sadami

Everything you've sketched is so lively! And the stories to go along make for an entertaining post, once again. Have a wonderful week.

Great sketches. LOVE the last one, I can hear him singing!