Three days at the Mall

I spent three days last week actually being paid to sketch - on a chalkboard - for a promotion in Sandton City shopping centre. I had to draw background themes for people to come and sit in front of and have their photos taken so it would look as if they had, for example, angel wings or a chef's hat grasping a wooden spoon and cake, or blowing seeds from a chalk dandelion. It was really effective and fun when people took part, though most in the centre were rushing to get where they were going or too shy, so we didn't get as many takers as I was expecting.
In the long waits between customers I sketched anyone who hung around for a few minutes - it's a long time since I've done such a lot of people watching and sketching, I think the practice did me good. Read the script if you want to know more :-) 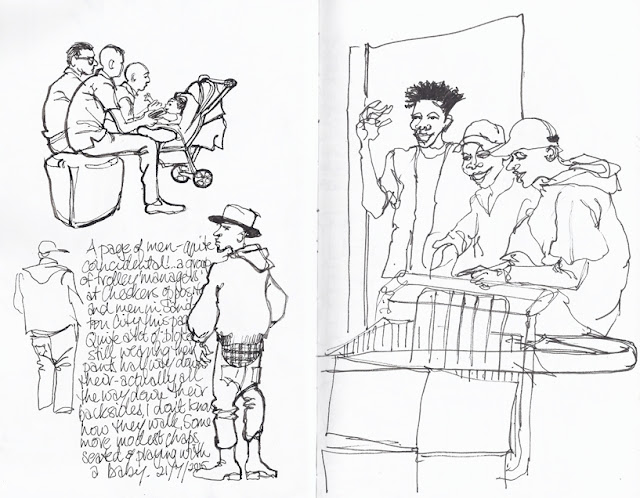 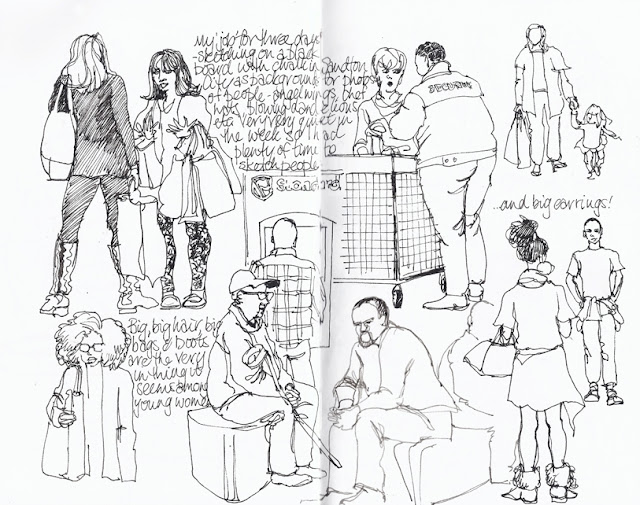 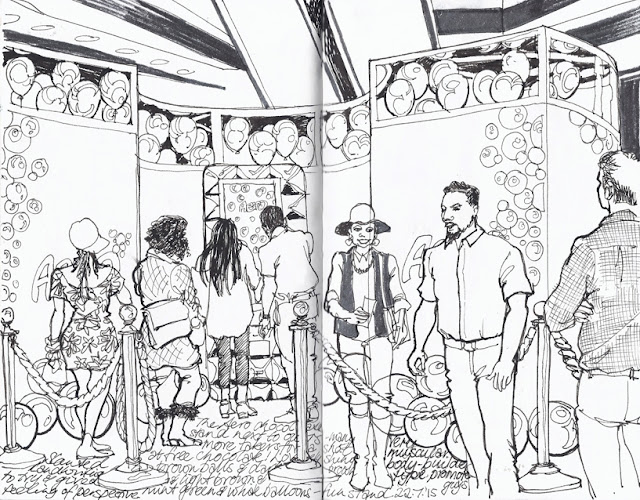 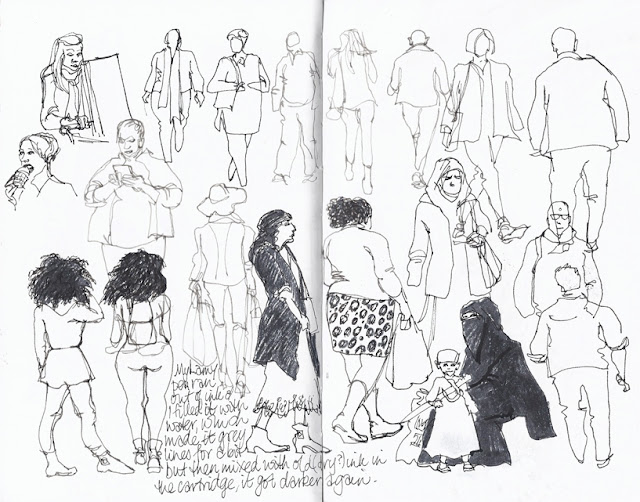 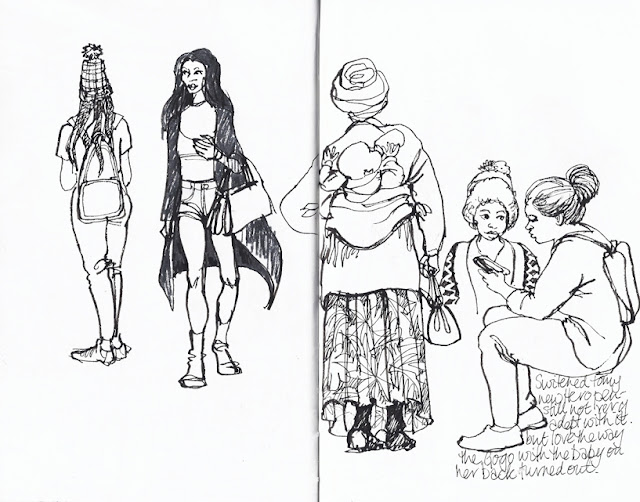 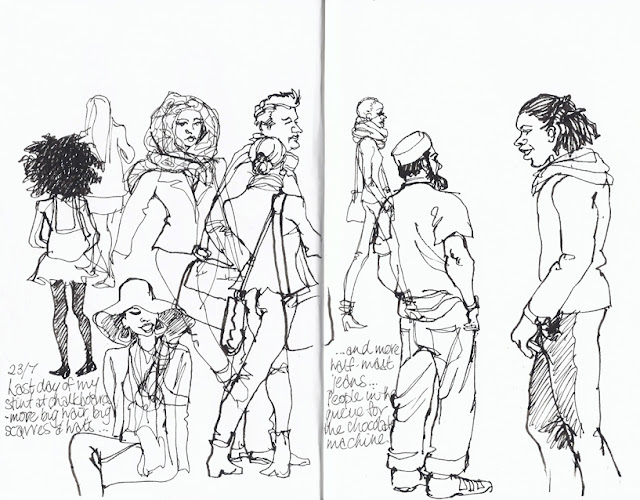 Posted by Cathy Gatland at 3:40 PM

I wish I could have been there! I love to see people sketching or being sketched.

Sadami, thanks for your kind words - I feel my skills did get a brush-up with three days in a row sketching, must do it more often!

Thanks Dinah, wish you were there too!

Thank you Pedro, nice to hear from you, hope you are well!

Great people sketches. I'd love to see the chalk drawings/photos - what fun.

What a great practice!!! Excellent sketches as usual dear Cathy. I hope you're fine.