...And crawling to non-existent internet speeds here, so an overdue post about the 50th Worldwide Sketchcrawl on 23 January. We met in Melville, a suburb we've sketched quite often because of its quaint shops and bohemian population. 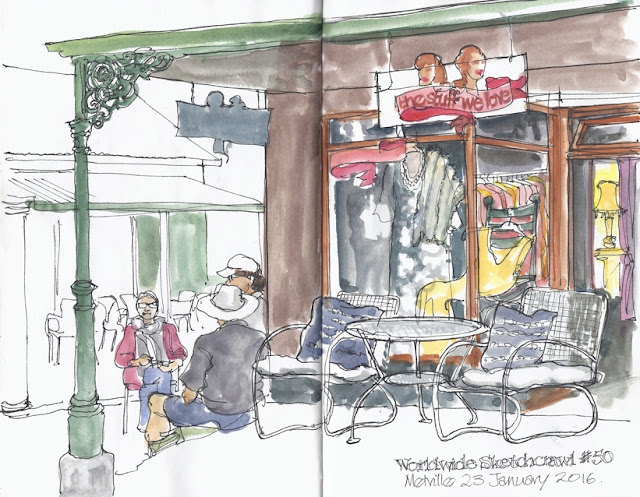 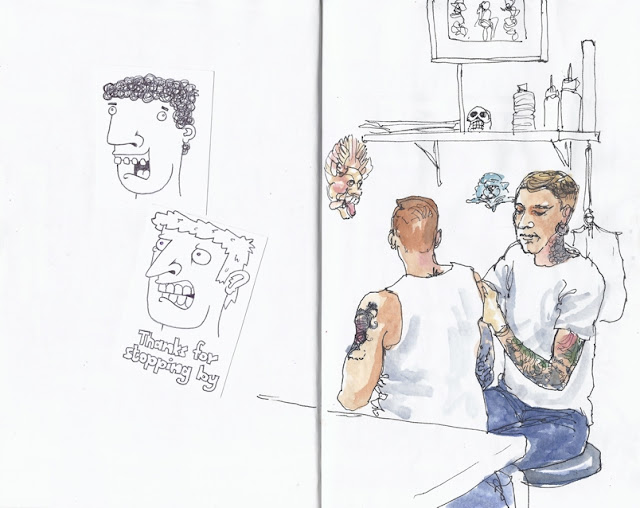 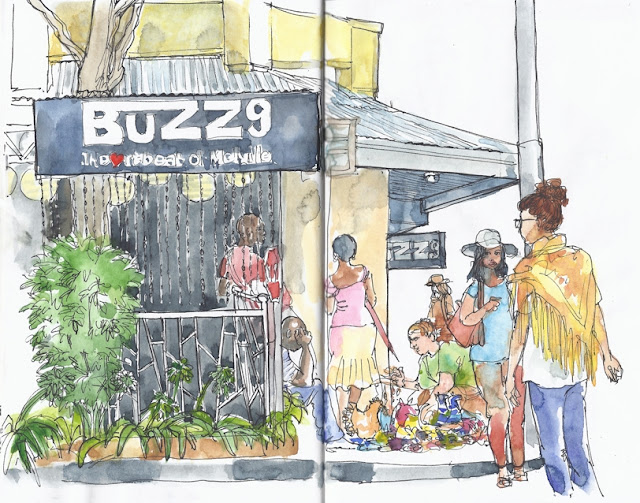 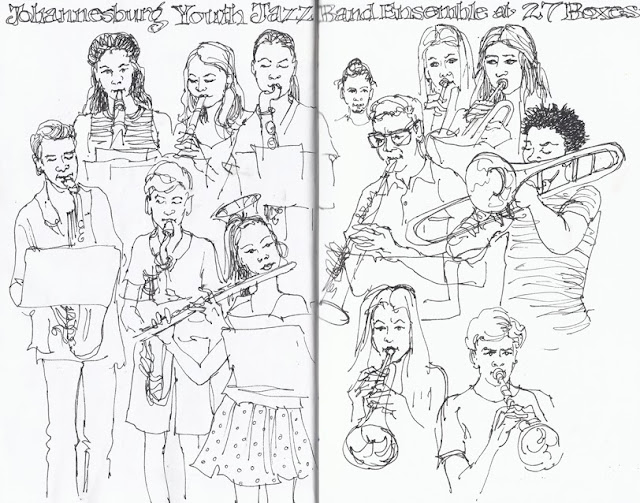 I started at the corner clothes shop where some sketchers were doing a bit more catching up than sketching for a while; then popped into the tattoo parlour who surprised me with caricatures by one of the artists in return for my efforts; indulged in a delicious iced coffee at the IT café while sketching the restaurant opposite, with pavement bead artist traders on the corner; then we all ended up at 27 Boxes, which I've sketched before but don't seem to have posted on this blog... it is up on Urban Sketchers here.
We were lucky enough to have our wrap-up meeting coincide with a young jazz band's performance at the little outdoor arena, giving us more sketching fodder as well as a treat for the ears - a very talented group, some of whom were just off to Cape Town to start on their musical studies and careers.

Even though a few of our regular Joburg Sketchers couldn't make it, so great to have a good turnout of ten! Yay!

Great sketches! Melville is really inspiring! I loved those shops!