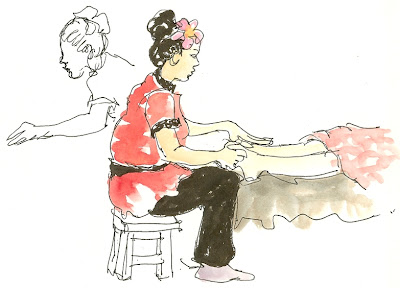 Brightwater Commons had a Chinese New Year festival on Saturday, and some of our sketchers decided to join the throngs and see what there was to draw. There was plenty! I don't think I've ever done so many sketches in one session.. I started off quite slowly, with the beautifully serene Thai Massage tent - a great subject for an afternoon, all on its own. 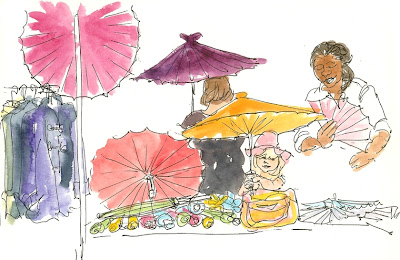 But there was lots more to see, so I moved off to some of the stalls, selling parasols and fans, very popular in the baking sun.  I started adding colour to my sketches, but things were happening on the stage, so off to find a spot to sketch... 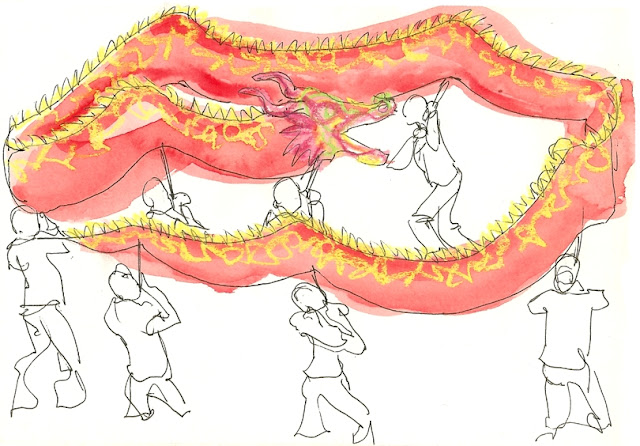 The Dragon Dance first of course, being it's Year. My pen had to start flying across the page as the pace increased, and accuracy gave way to just trying to capture a feeling, a rhythm, a movement - or ten! 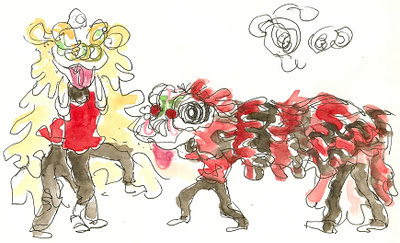 After mixing some muddy reds for the Lion Dance in my haste, I gave up on the colour, taking a few notes here and there so I could remember them later 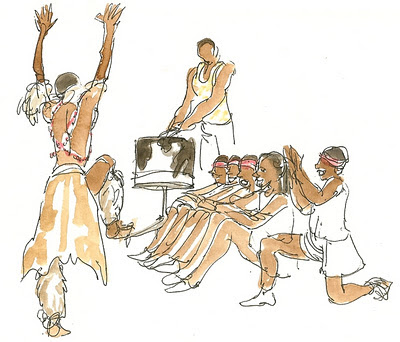 An eclectic mixture of cultures started to emerge on stage - first came the Zulu dancers in sort of traditional dress, with some adaptations of bright pink and blue beads 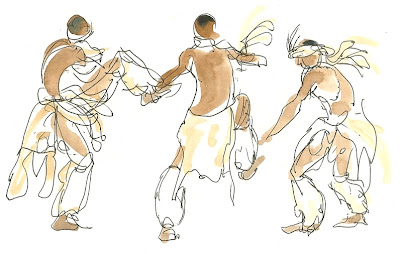 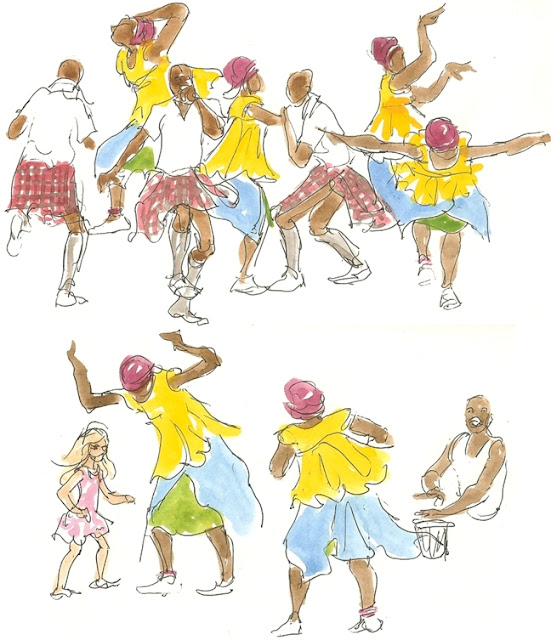 and then a rather bizarre combination of Pedi men in Scottish kilts, with the women in a modernised version of the traditional Pedi dress 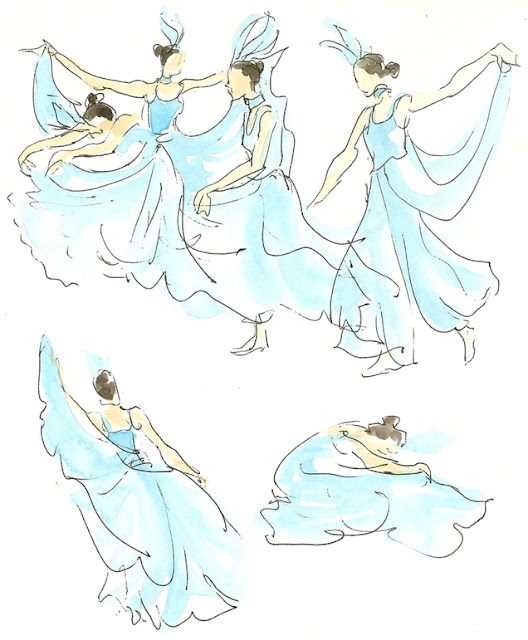 - after these thumping, , drumming exuberant local dancers it was the turn again of the Chinese, with the graceful, flowing Fan and Flower Dances 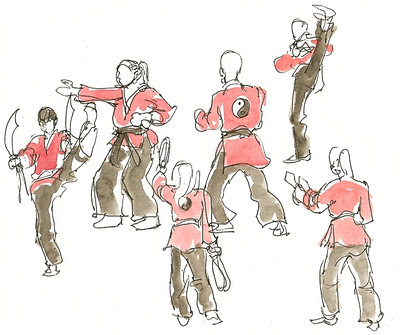 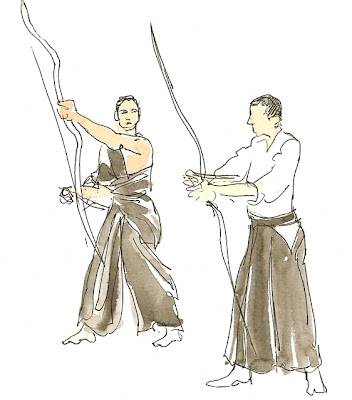 - and lastly, before we went off for a break to see everyone else's sketches and looking forward to some Chinese food and a drink, the slow precise and meditative movements of the Archers. 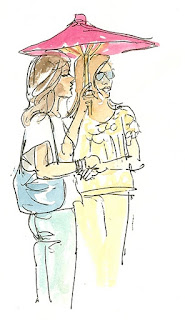 Unfortunately most of the food was sold out and shortly afterwards the rain came belting down, so the Chinese acrobats carried sportingly on without us in the slippery wet - Just as well, I think I was sketched out!

Posted by Cathy Gatland at 6:12 PM

Oh wow!!! I can see you enjoyed yourself!! What a great sketching day!! So much strength, movement, colour and life!! Well done Cathy!

What a marvelous, marvelous group of sketches. Just wonderful to see.

I always love your sketches, because they are exactly that-sketches. One can "see" the possibilities of a larger work,yet they keep their fresh, lively feel.
And, more than simply sketches, they usually send me off a Googling trail to learn more.Today, the Pedi.
Thank you.

These are fantastic - especially the women dancers!! I can't even imagine how you captured so much!!!

Awesome, Cathy. I feel as though I was there. You are a genius at capturing movement and realistic human beings. My favourite is the Chinese dancers in their dainty blue dresses but they are all a gorgeous example of the magic of sketching from life.

Thanks Cathy, I did enjoy myself - we missed you though!

Ontheroad, Dinah and Shirley - thanks so much. I had to keep reminding myself not to panic, and trust the eye-to-hand connection to get something of the action.

Hi Robyn, the Chinese dancers were so elegant and beautiful - something else I could draw all day!

You really did do a lot of wonderful sketches. I love the dancers.

Brilliant sketchournalism Cathy! This is the kind of sequences that capture me. You must have been highly focused for to capture the whole movement so accurately (or so it seems).

omg how many fabulous sketches you achieved!!! I am hopeless at capturing dancers so am in awe of you.

Thanks Carol - and Pedro - Hi! nice to have you drop by here :) and Sue, I was surprised at how many emerged - as I said, my pen flew!

Cathy, you really have an amazing skill to capturing moving people like that. Mine were disastrous!

You have such a gift of bringing events like this to life. Absolutely fabulous.