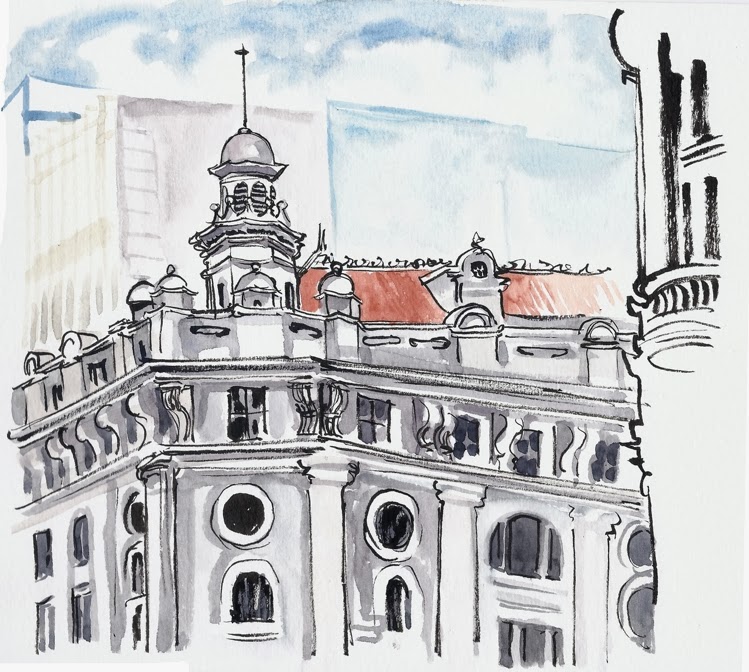 Our small sketching group was invited to go and sketch in the city by a group of artists who are holding an exhibition called Joburg Joburg, which aims to engage its immediate surroundings and to promote the renewal of the city centre.
We have ventured to the edges of the city in Newtown a few times, but never really braved the inner streets until now. I started on one of Joburg's oldest buildings, Victory House, while we waited for everyone to arrive (finding architecture as difficult as ever!) - quite a crowd of nine when joined by some of the participating artists. We then walked along to Ghandi Square, which was fairly quiet on a Saturday morning, but a few shoppers and people waiting for buses. 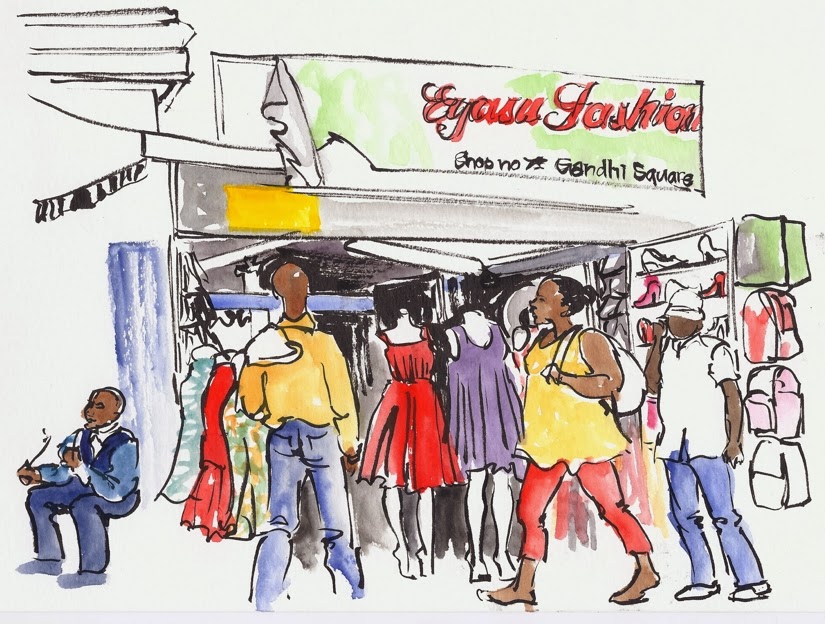 We then tried to go to our next destination outside the City Hall, but found the roads closed and access denied as they were shooting "dangerous scenes" for the new Avengers movie! We did hear a huge crash while we were sketching nearby in the Library Gardens, where political and church meetings, ladies selling religious tracts and boys on skateboards were all on the go. 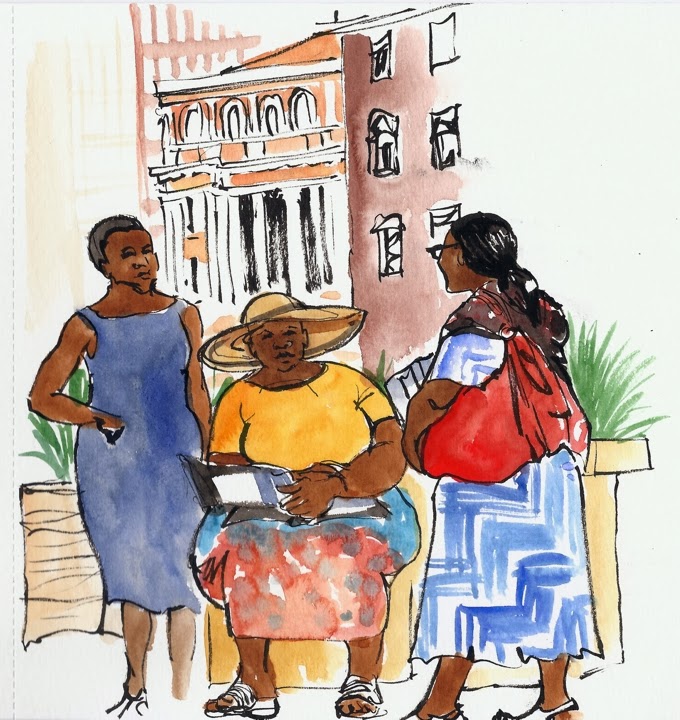 For the first time, the progression of a sketch of mine of a food vendor's stall was being videoed by a young photographer from Pretoria, when the owner of the stall came over, irate that we were focusing on his enterprise (we had asked someone who we thought was the owner) ...another first for me... so we had to reluctantly give up on that, after spending so long setting up angles and supports. 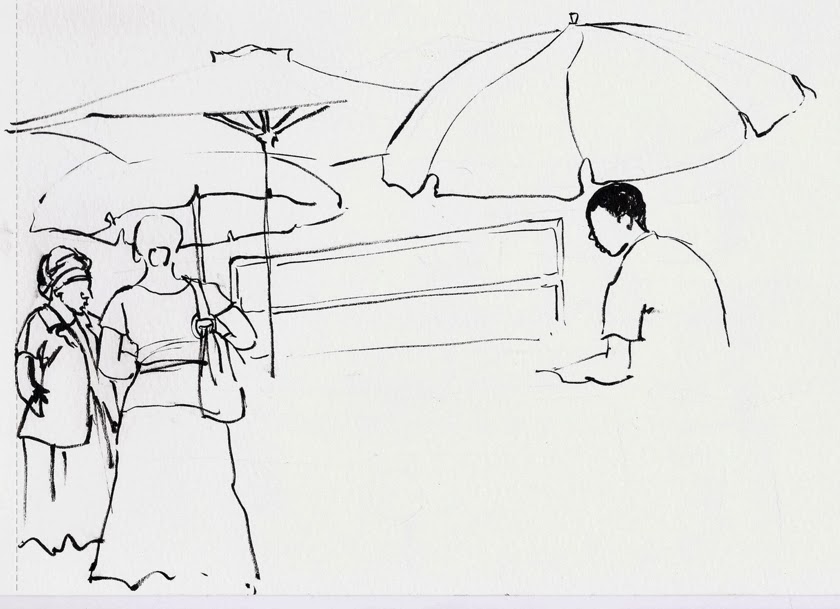 I sketched the skateboarders instead, who didn't mind at all! More sketches and photos of the day here.... 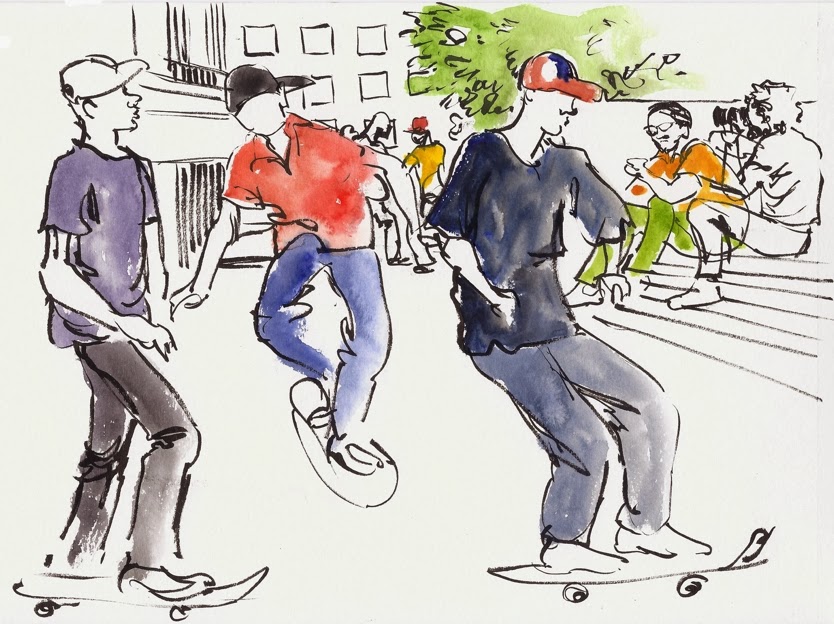 Posted by Cathy Gatland at 2:53 PM

I absolutely love all these paintings, they really tell a story

Thanks Polly - lots of stories to be told in the city!

I love every sketch, Cathy. The buildings, the dense crowd and the very typical boys!

I think these tell a good story of this area.

I am always envious of how you capture the everyday, I never know where to start on things like market stalls and end up with a detail or people.

How unusual of the stallholder - publicity is normally good, isn't it? Still an except rather than a rule.

your figures are great. I can tell that your practice sketching really pays off.
Beautiful work.