The eucalyptus tree was not all we lost in June - two days before that we had to say goodbye to our beloved dog, "the oldest weimeraner known to man" as a vet friend of my daughter's said. I haven't been able to bring myself to post this up till now, but I want to commemorate a beautiful, brave, naughty and irrepressible part of our home for the past 16 and a half years. 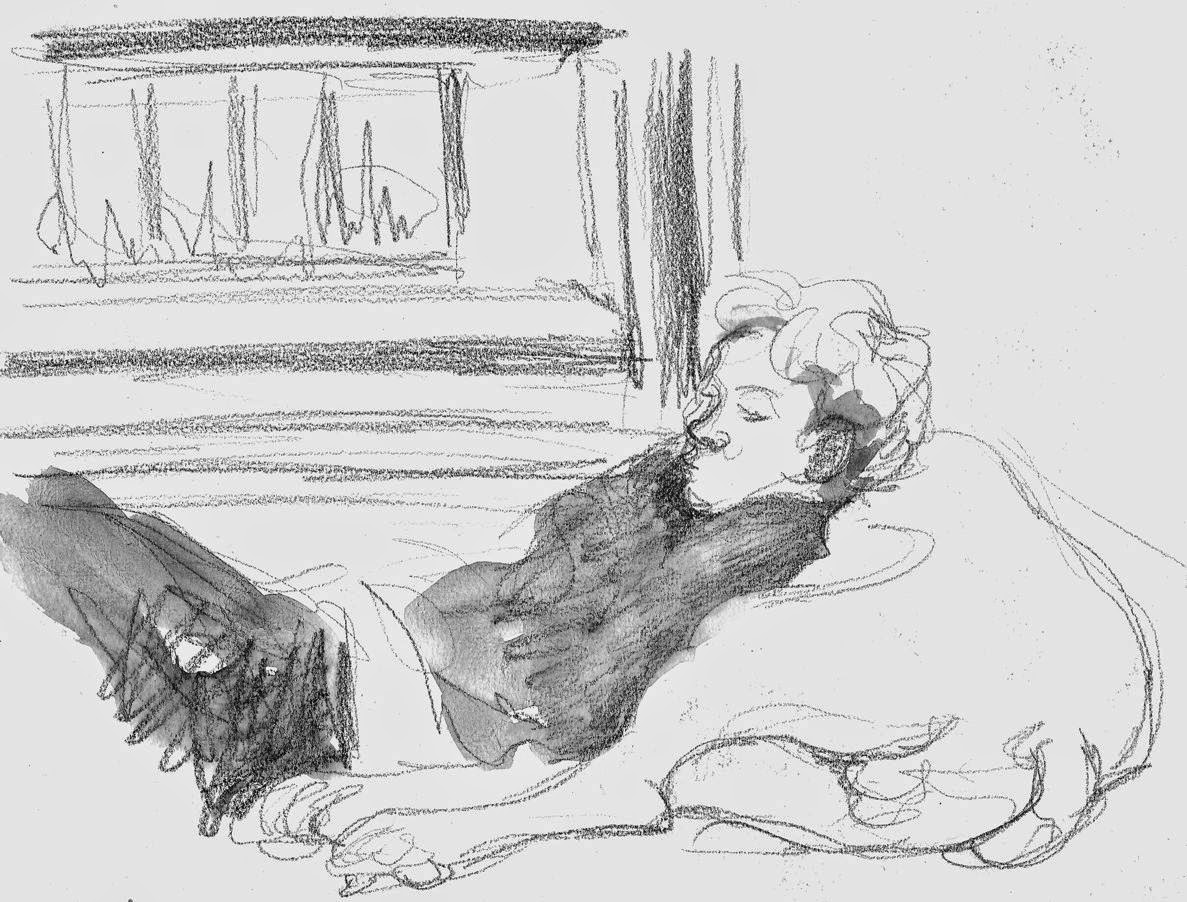 Our son, now 23 was 7 when he came into our lives - a silky blue-eyed pup who immediately recognised me as 'mom' and curled up on my lap to sleep after exhausting himself playing with the kids. Anyone on the floor was fair game to be chewed, rolled-over onto (head over heels, not sideways) and determinedly edged away from the heater, while he was a willing pillow for weary or TV watching heads once he had worn himself out. 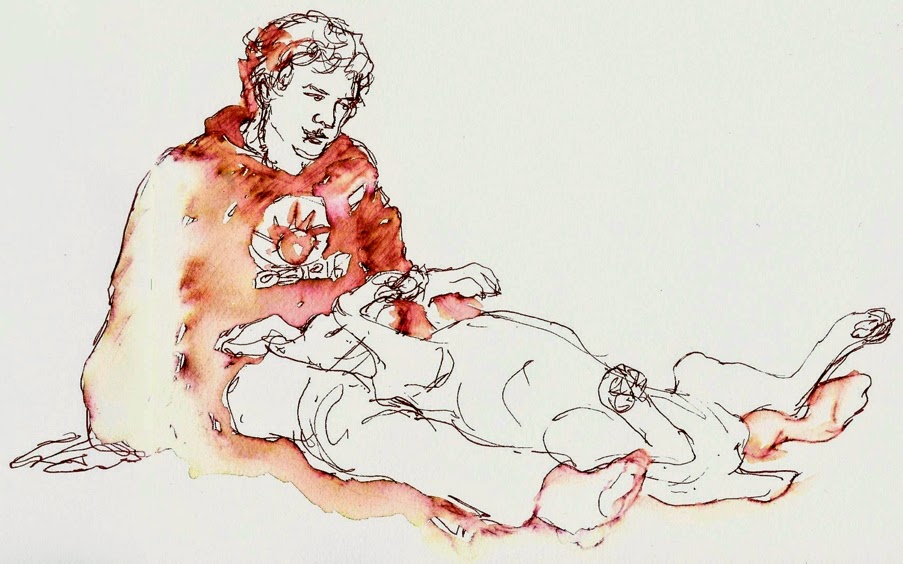 He was wild - crazy - we could have done with the Dog Whisperer's help throughout his uncontrollable life. I have scars from where he yanked me down steps to launch himself at the meter-man, or the postman or the sandwich men ringing at the gate. So much for 'Foods you Must Never give your Dog' - he helped himself to avocados that dropped off the tree next door, unripe plums within his reach, entire chocolate Easter egg stashes, fillet roasts, anything whatsoever edible (except peppers and chilli) that he could reach when standing on his bandy back legs. Doors were no obstacle unless they were locked - he opened them in- or outwards and preferred them all open, come rain, shine or freezing wind. 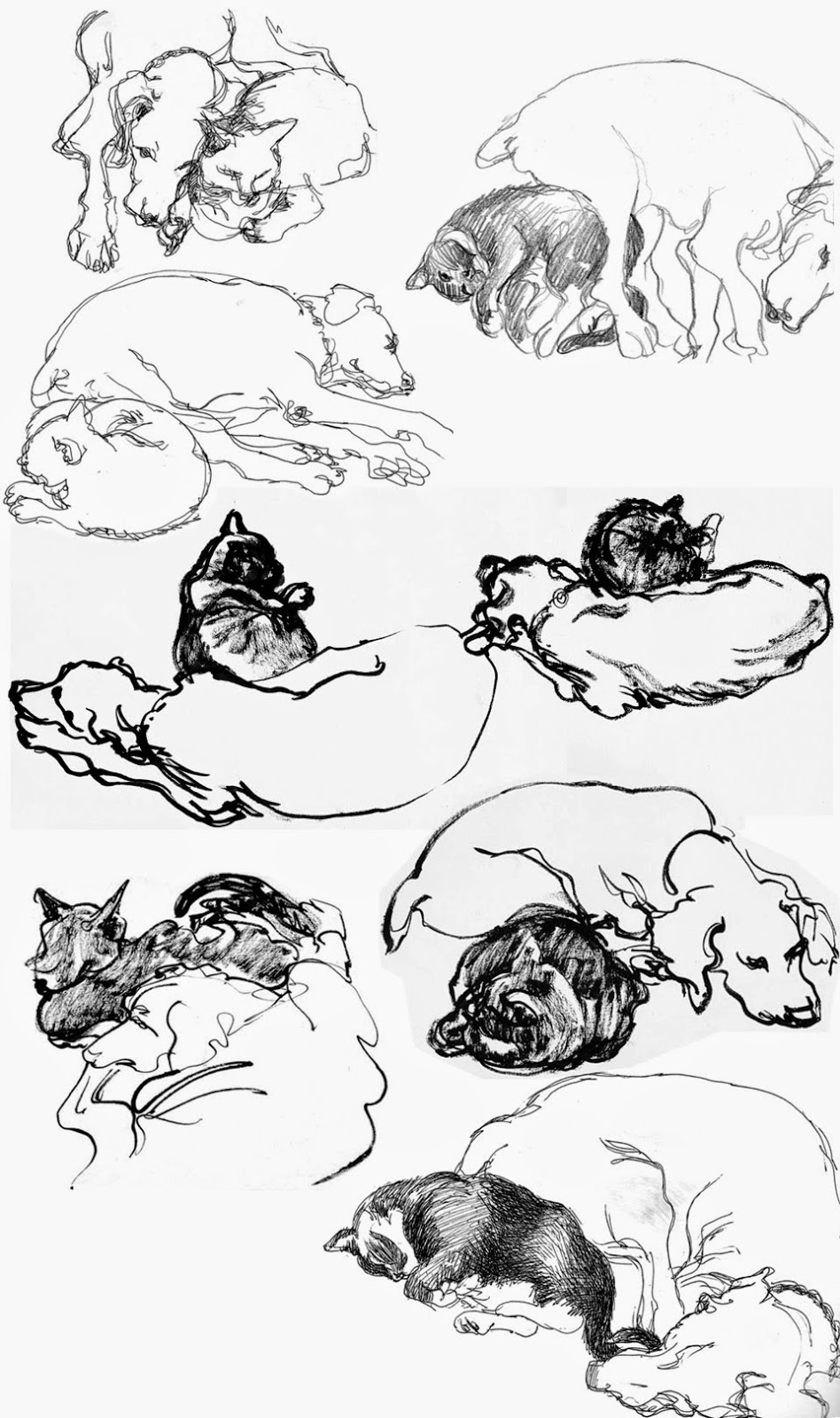 When our daughter brought a kitten home, we were quite sure that she would be swallowed whole in an exuberant gulp and kept watch to make sure she didn't wander into 'Orc' territory - till one day our vigilance slipped and we rushed, panicking, to find the kitten contentedly tucked under a bemused Gucci's chin - where she more or less stayed, in innumerable yin-and-yang poses for the rest of his days (she shows remarkable, cat-like unconcern about his sudden absence, though perhaps slightly more affectionate towards her humans lately). While rats, strange cats and hadedas were in great danger if spotted, and he refused to ever give back a ball thrown for him - when my son's pet rat's many babies all escaped into the garden, he gently retrieved every single one without so much as a bruise and brought them to us to put back into the cage. 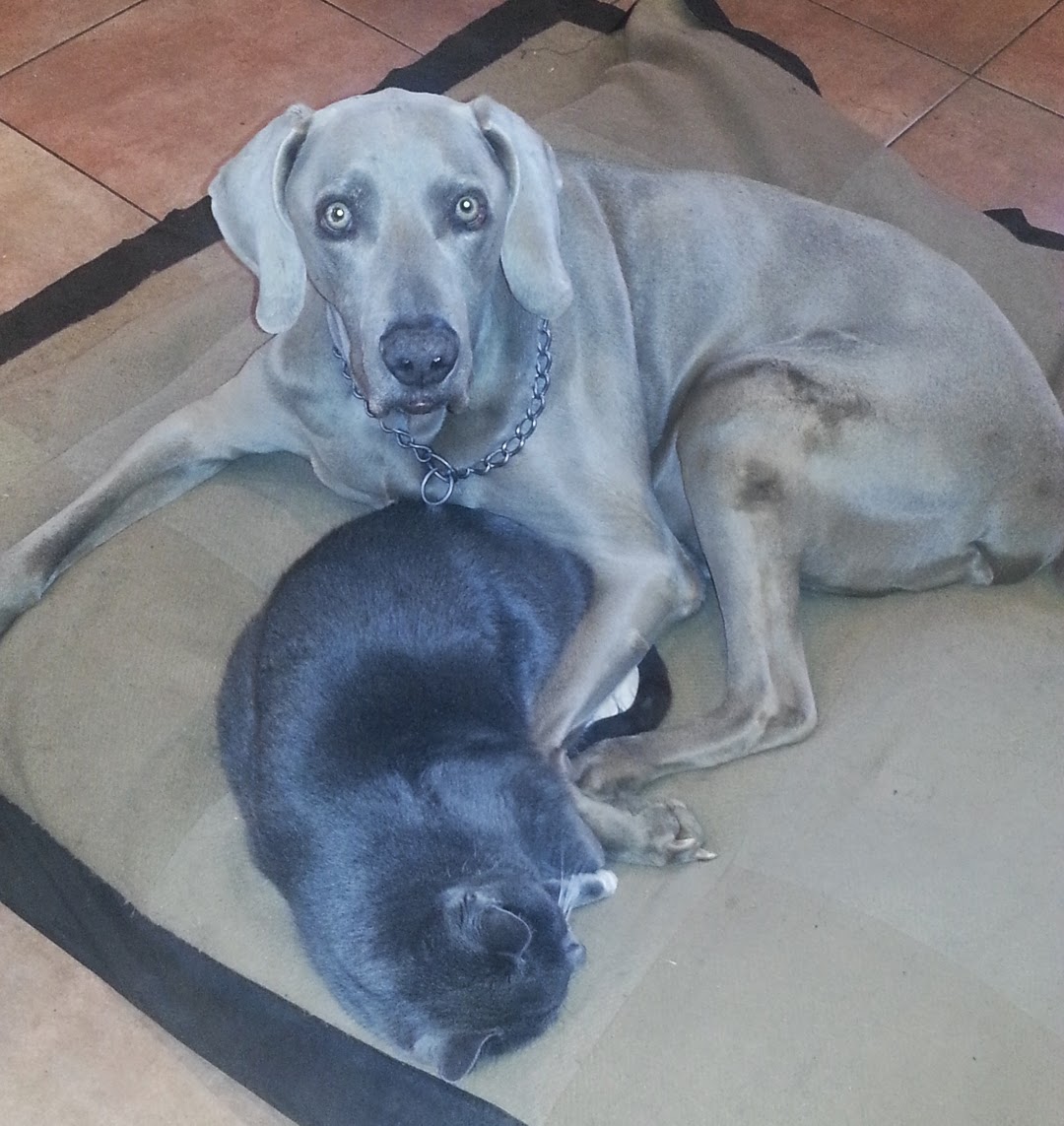 He was my constant companion unless his adored 'dad' was home when he was the preferred target for underfoot and in-your-face attention. As I do the most mundane things now his image rises before me - sweeping, nobody trudging doggedly through the dust pile - vacuuming the floors, no one lying hopefully in my path wanting a vacuum-massage - eating an apple, no one behind to toss the core to (the Best Catcher in the World) - the ways to miss him are many and painful, but we are so grateful that he was ours. RIP dearest Gooch.
Posted by Cathy Gatland at 1:32 PM

I am so sorry for your loss. Sad though it is, you've created a beautiful tribute to your beloved Gucci here. You were lucky to have each other.

What a beautiful way to honor your loved companion. He was a gorgeous thing! I am so sorry for your loss. Going on 2 years now since Smudge (our cat) left us, I find myself still looking for him, hearing him, missing him. That is how we keep them - always alive in our memories.

Dear Cathy, please take care... I know your feeling very much. Our dog was 16yrs old like yours. Thank you for sharing wonderful sketches and a beautiful post. Best wishes, Sadami

How beautiful.And how sad. I quite understand how you must feel, but I did enjoy your tale.
Go well.

Thankyou for your beautiful tribute to your dog. I had tears in my eyes as I read it and then read it aloud to my husband who enjoyed hearing about your beautiful dog. The photo with your cat is just gorgeous, heartwarming. I always think the these special dogs are angels here on earth, even if they are the naughty angels! Enjoy your memories amongst your sadness, I feel for you. Mrs A

Thank you all for your messages - loving a pet means this time will inevitably come - much to reminisce, smile and be grateful for in that long lively life!

Oh Cathy, my deepest condolences. I know how hard it is to lose a beloved dog. I lost one 10 years ago and I still think about her. We have another one now. Different personality, but loved just as much. Your beloved Gooch will always be with you. Dogs are angels on earth. You posted a lovely remembrance of your beloved doggie.

So sorry for the loss of Guchi. This is a lovely memorial to him, both the words and drawings.

Thanks so much Carol and Sue

Such a beautiful post, Cathy, it must have been incredibly difficult to write. But I'm so glad you did and shared Gucci with us. What a fun filled, action packed, mischievous life he had! I hope the happy memories he leaves behind will help you through this sad time.

Thank you Felicity - a little memorial to his full and happy life!

I'm sorry for your loss and understand the emptiness and feelings.