Joburg Sketchers were invited (yay!) to come and sketch at Killarney's pop-up activation event to renew community interest in their local park. I didn't even know there was a Killarney Park though I've driven around there quite often, so was curious to see. An avenue of jacaranda trees has been gated off from the surrounding suburb which consists mostly of loads of large, old blocks of flats - I should think mostly of the 1950's to 60's era - on the day they were unveiling a heritage plaque at an Art Deco building, though I didn't find that.
In a month or so those bare branches and pathway are going to be draped and drenched in purple as jacaranda season begins. 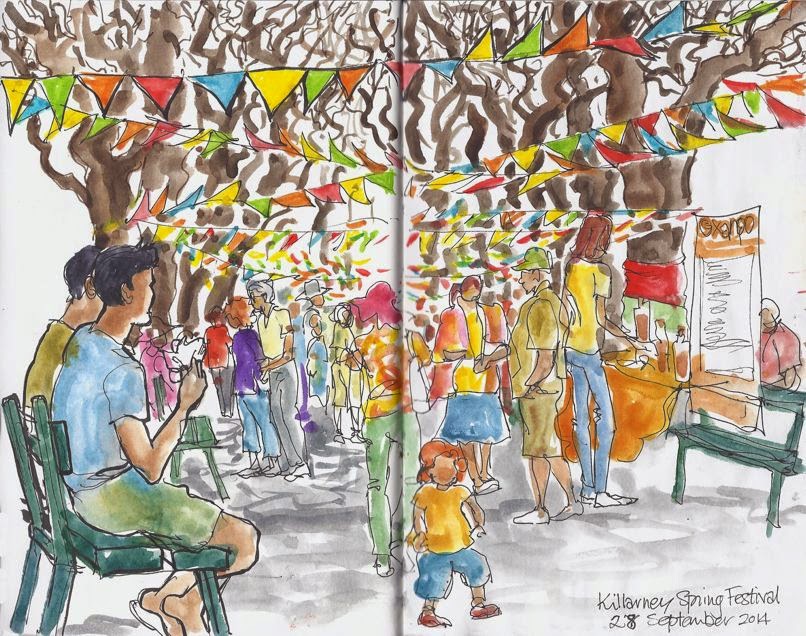 I didn't know where to begin, but eventually decided on the jauntily blowing bunting flags that receded into the background. The people I added are of rather strange proportions, but it gives an impression of the vibe of the day. 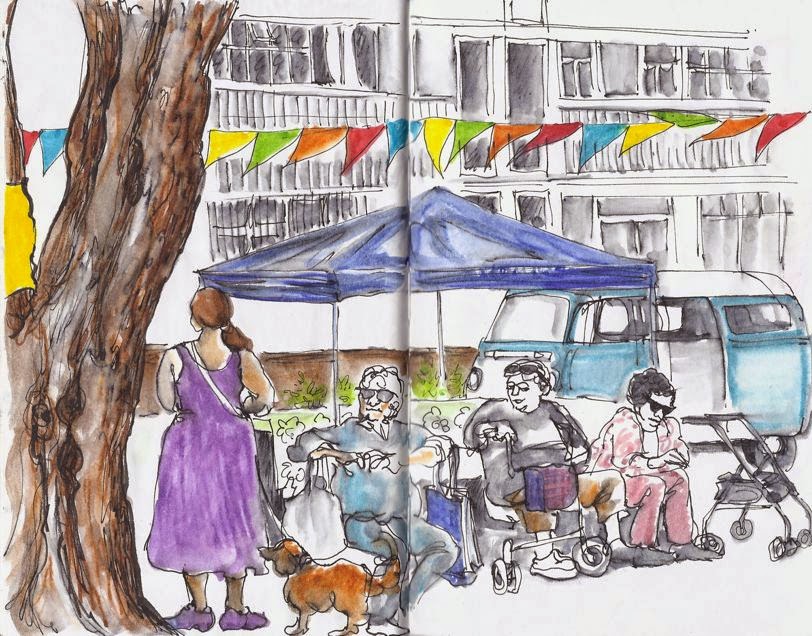 This little group of old ladies with various walking aids at their sides seemed very happy to sit there all day in the sun, watching the world (or at least the locals) go by. It's probably a long time since they've been able to do this without worrying about safety - always a concern if there aren't many people around. 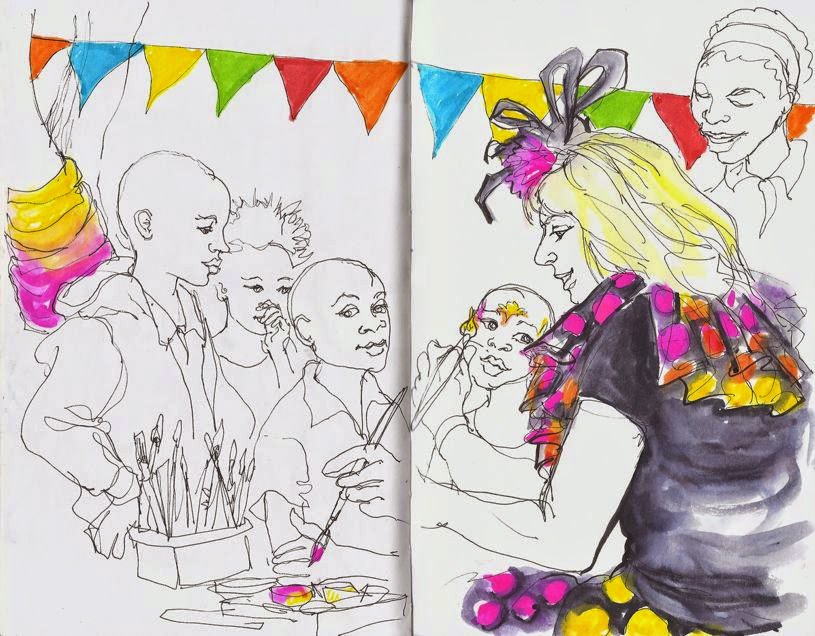 The face painter was extraordinary, whizzing through the queues of children with sponges and brushes, turning them within seconds into kitties or butterflies, spidermen or tigers. As usual, so much to sketch - a few more from the other sketchers here on our Facebook page if you're interested.

Posted by Cathy Gatland at 3:21 PM

Hi, Cathy, very lovely and sweet sketches that tell your caring personality well. Jacadanda! Yes, we, Australians, too, are getting into that season!
Best wishes, Sadami

Beautiful sketches. I love how you have the ability to make me feel like I'm at the park with you.

What fun. I think I prefer your old ladies and facepainter the best but they are all good sketches.