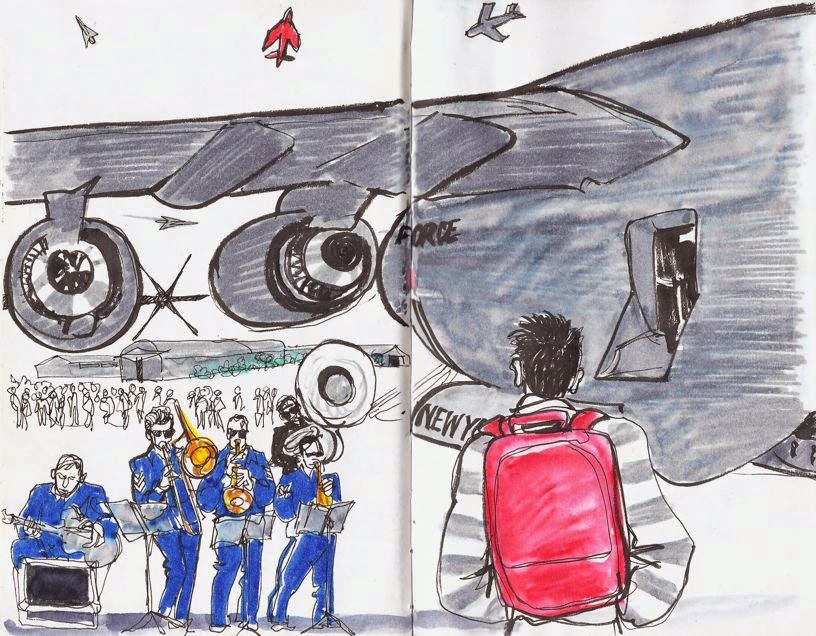 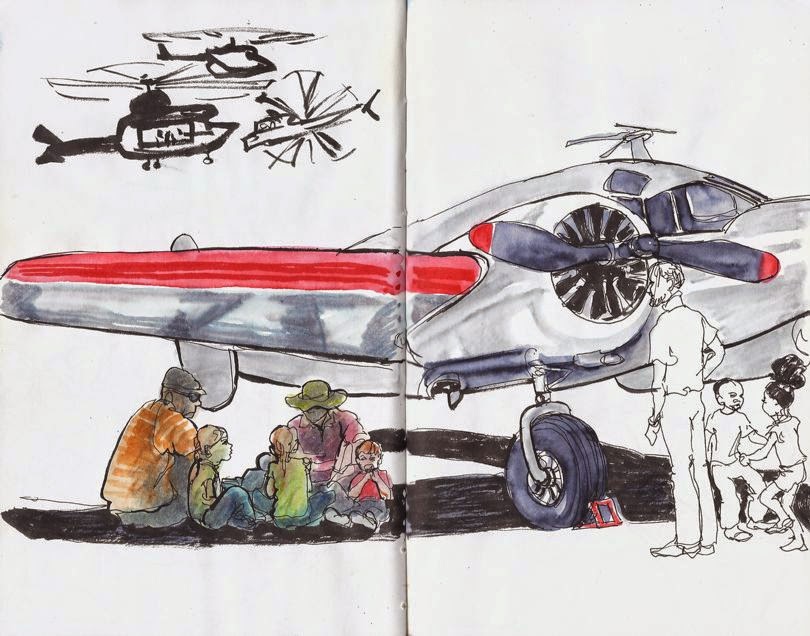 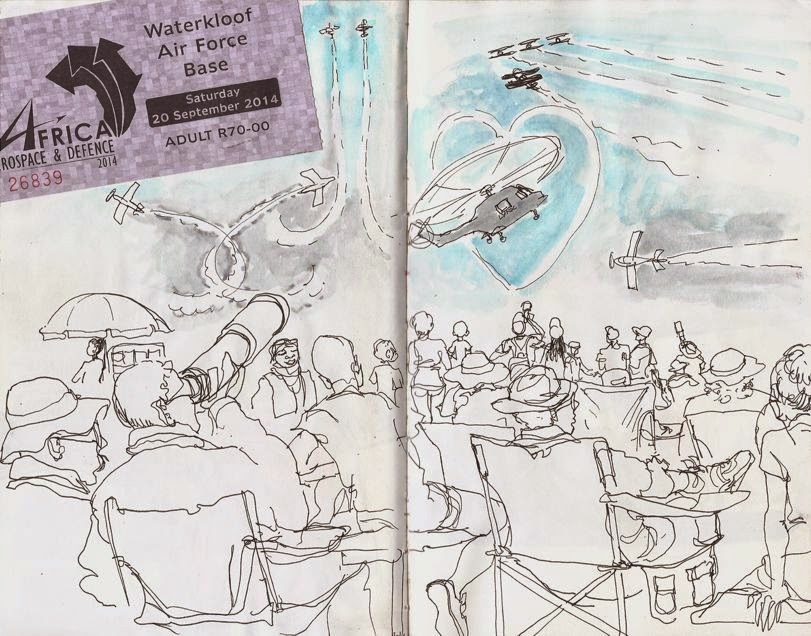 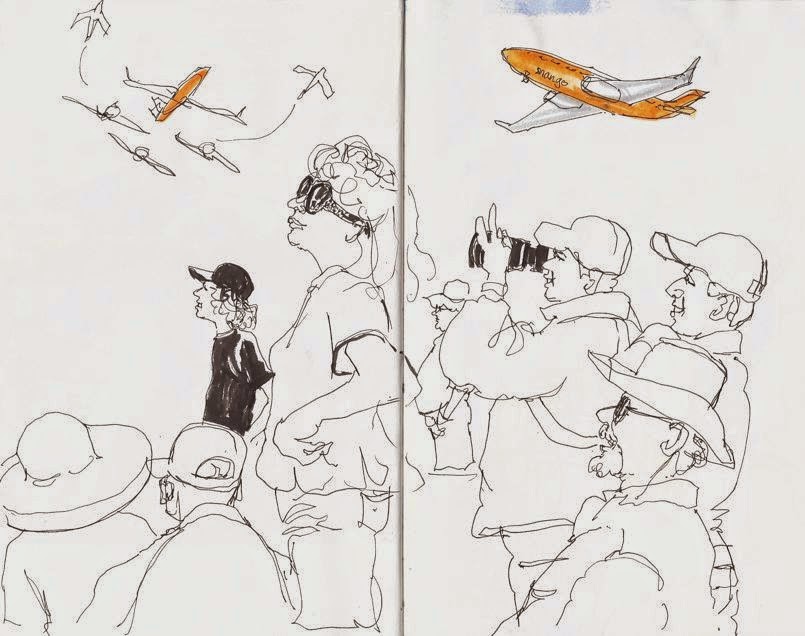 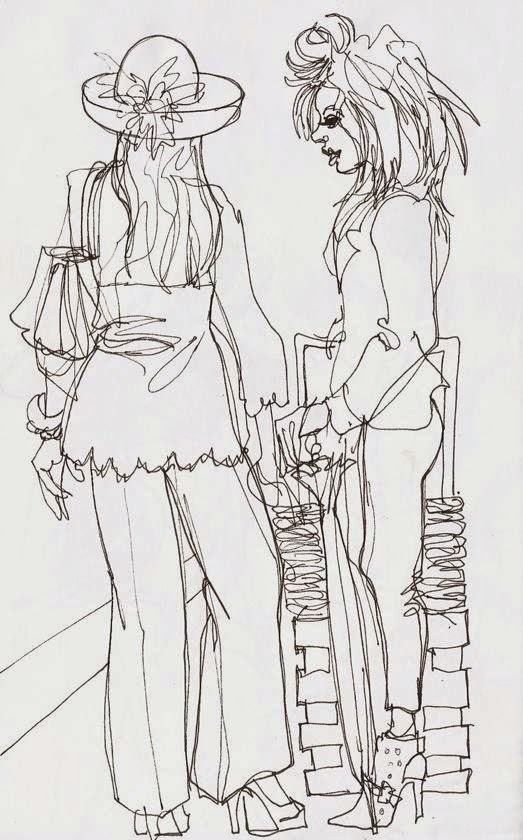 I've wanted to sketch at the annual Air Show at Waterkloof Air Force Base near Pretoria for a long time but always find out too late that it was on. This time my son and husband announced they were going a day or two before, and I baled out of other sketching plans to join them. It was a terrific day - so many diverse people, displays, machines and aircraft - I started slowly with the US Air Force band playing under the wing of a huge C-17 Transporter, but gained momentum and lost inhibitions as the day wore on.

The people on the ground were just as interesting to me as the aircraft flipping around (of course these weren't all in the air at the same time, I just added them as they caught my attention) missing a few as I tried to scribble the crowds' excitement at their tricks. Families having picnics, men of every age and stage behaving like kids at a magic show, girls flirting and couples canoodling, and all the time cameras, long lenses, cellphones and tablets being waved around to capture the best shot of the day. A long time since I've spent a whole day out sketching - I think I rediscovered a certain lost love for it, even though the drawings aren't very pretty.

At the train station going home were these two glamorous women, dressed head-to-toe in white, with white umbrellas, baskets and boxes on a white trolley. They seemed bizarre until we remembered that it was the night of Dîner en Blanc, where people dressed only in white gather somewhere to be taken to a secret destination for an all white dinner (entirely different from Old South African connotations!) . I discovered later it was at Wits University, under the stars, on a night where we had the most dramatic, destructive hailstorm I've seen for 30 years or more, those elegant white umbrellas wouldn't have stood a chance - in fact I see it was abandoned, not surprising in the least.

Thanks for sharing the great sketches - love the band and those women (the shoes, the hair! ha ha). You capture a feeling with your sketches, taking us there in spirit.

You have captures the airshow atmosphere perfectly.

I feel sorry for those at the hail-storm dinner... at least it wasn't white snow :P
The two characters you captured are great.

You're so good with crowds and atmosphere of fun days like that!