Bruce and I astonishingly reached 35 years of marriage last week, and celebrated by taking a trip -♫♪♩♬ just the two of us ♫♪♩♬ - to the little town of Clarens in the eastern Free State, just 4 hours drive from Joburg. It's a place I've always wanted to visit, being renowned for its scenic beauty and its bounteous artistic community. No wonder artists gravitate there, the surrounding countryside is breathtakingly magnificent and I certainly felt the pull of becoming a landscape painter. From the car window I did attempt one quick sketch of some of the enormous sky, which looked like a supremely adept artist had wielded a giant paintbrush of infinite blues across it. How inadequate were my little bag of materials and dabbings. 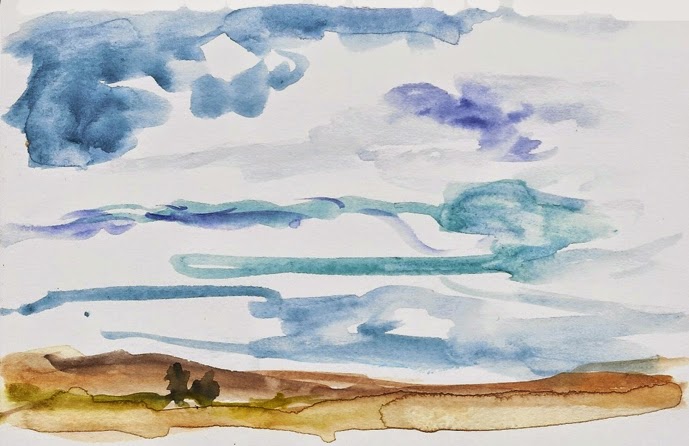 It was, however, our anniversary, so I couldn't spend our time sketching while my beloved amused himself, but did a couple of hurried scribbles here and there, mostly for my own memory banks (if I don't sketch it, how will I ever remember it?) 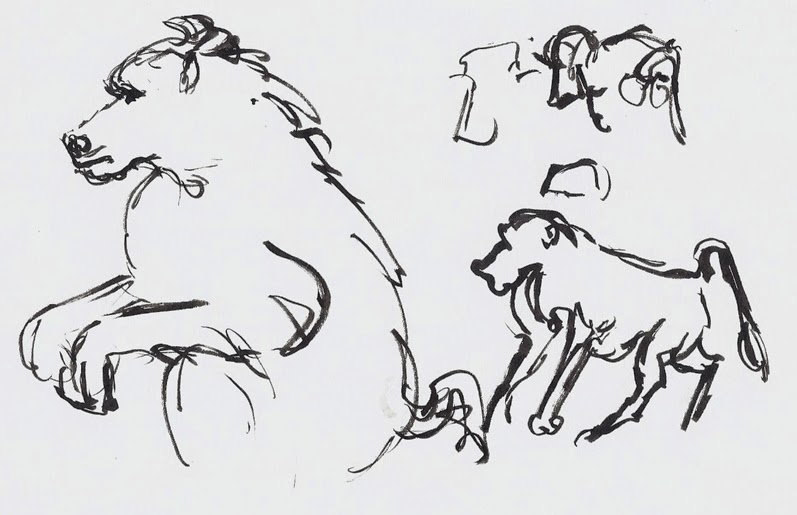 We hiked, and drove, and explored the nearby Golden Gate national park where I tried to capture some shy baboons. Not as used to cars as some troops we've seen, they lolloped off as soon as they sensed they were being watched. I could watch and draw them all day, such characters, so full of human characteristics! 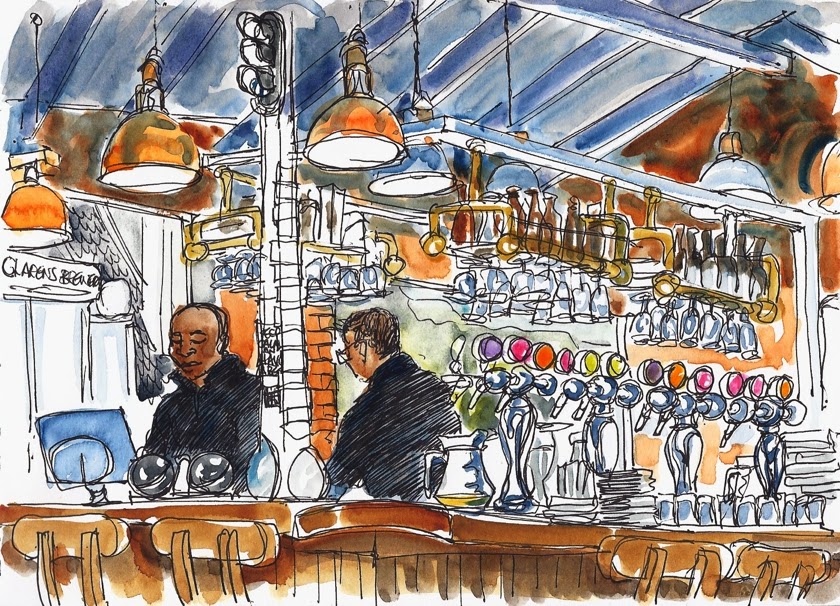 Another few opportunities snatched while we sampled the Clarens Craft beer, a cup of tea in a café (the Artist's Café of course!), 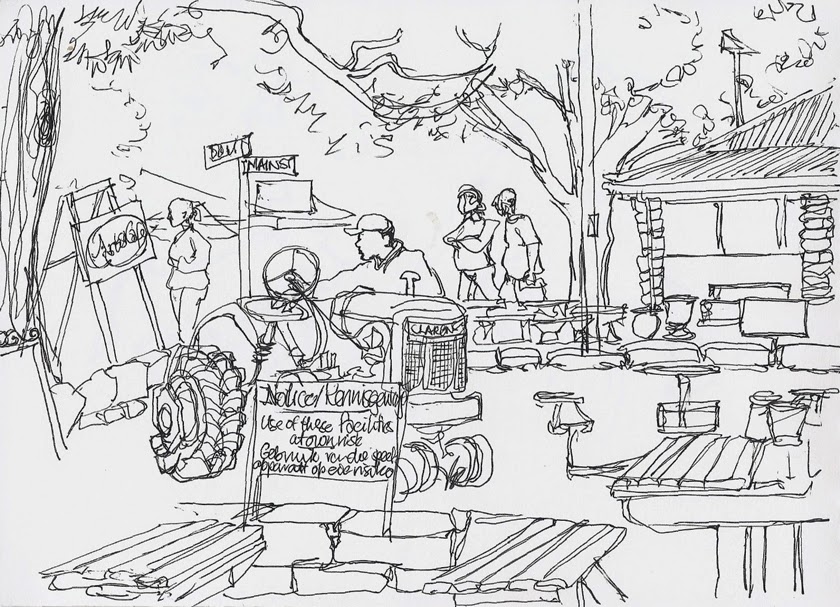 one of three delicious dinners we had in different restaurants in town... this table appeared to be of brothers and their spouses who eat out a lot together - hardly a word was exchanged! And the couple on the left only had eyes for each other... 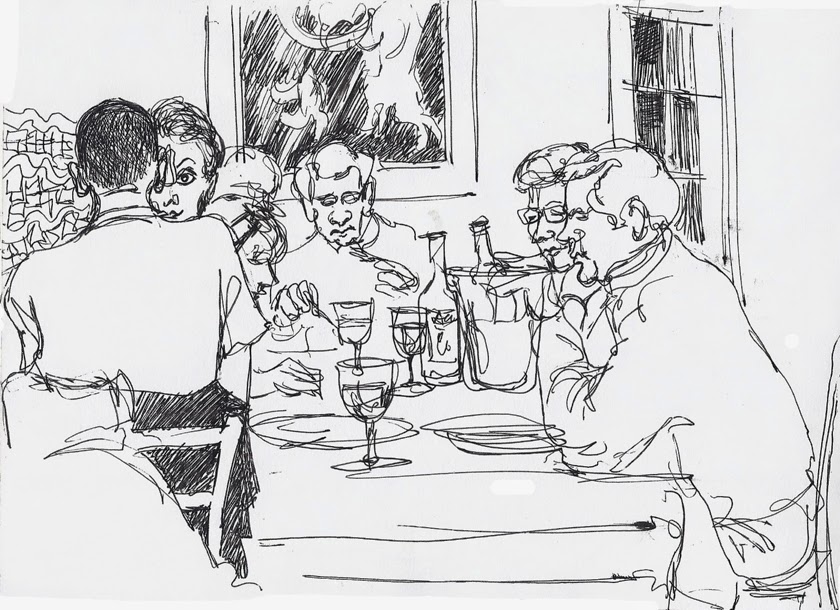 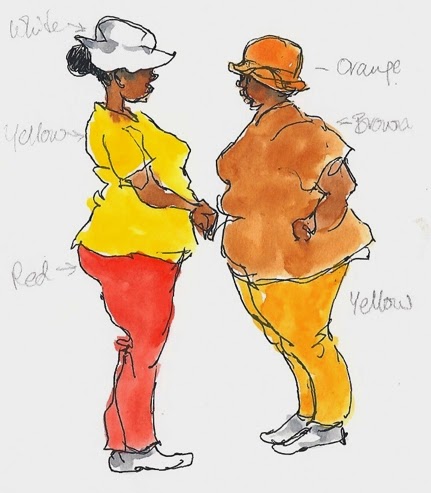 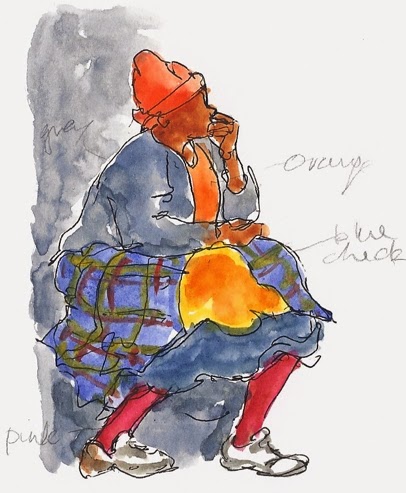 and some local residents from the car while Bruce did something useful and necessary. So very much more to draw and paint - one would have to move there to really have a chance to do a fraction of it. But a wonderful trip in every way, not least of all spending dedicated time alone with my very special man!

Posted by Cathy Gatland at 6:48 PM

Congratulations to you both. So glad you commemorated it in sketches!

Hi, Kath, Congrats for you, a wonderful couple!! The sketches are lovely.
Best wishes, Sadami

Wow! CONGRATULATIONS on 35 years of marriage. Love the sketches.

Thanks so much Rhonda, Sadami and Carol :-)

Hi Liz - I saw some of your work at Kirstenbosch last August and left a message to say hi... glad Barbara has been busy as always, down there in the Cape!